Nizu: Become Brave is a runner game, and a tap game, where you fight against an army. You’ll be able to summon allies (a soldier, and later a wizard) to defeat the enemies. You can also drive interesting vehicles such as a Tank that auto-shoots, a Pirate Ship that shoots cannonballs, a baby cart that controls up to 3 drones that shoot enemies down, and many more…

The charming story tells the journey of Nizu (our main heroine) to become brave, since she has always been a shy girl who is afraid to even express her opinions.

The gameplay is simple, but really fun. Jump to avoid collision with enemies. Speed up, do longer jumps, backflips, and other commands.
The fundamental of the gameplay is Runner type, but we offer our unique take on the genre.

•Tap anywhere on the screen to jump.
•Tap twice for double jump (BackFlip). It’s not only a second jump, it’s also a backflip that helps dodge aerial attacks.
•Long Tap for higher jump.
•Tap your ally icon (by default on the left) to activate it. He will destroy the enemies.

A strange black cat with luminous eyes guided Nizu through the darkness, and created a pattern capable of teletransporting to other worlds. As she touched it, it absorbed and sent her to a world dominated by creatures made of candies. Since the pattern didn’t take her where she thought would go, she wanted to go back home. But the only person capable of helping her was in troubles. Nizu had no choice, but to joined forces with Candy Country that was currently at war with the ridiculous Sour Country.

The story is told as a Visual Novel games. Some characters are drawn with an anime style and they speak some words.

Challenging, but most important, fun. There are 8 episodes including a Survival Mode. Each episode will feature one or multiple Boss battles.

★ Allies Upgrades and level Up ★

Nizu still is in development. We will be publishing updates almost daily.

Any Question? Ask me on:
Instagram: leenio.art
Twitter: io_leen
Better graphics and animation!
A lot of improvements! 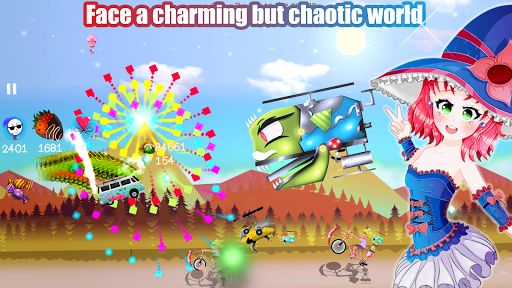 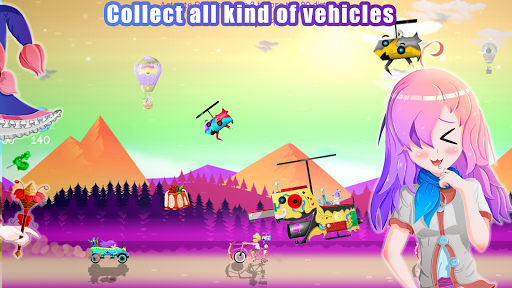